…On the third day of Christmas Countdown, my true love gave to me: ten fabulous ladies of TV. Okay that sounds weird. 🙂 Anyway, as promised, today is all about the ladies, so let’s not delay and get right to the countdown. Enjoy! 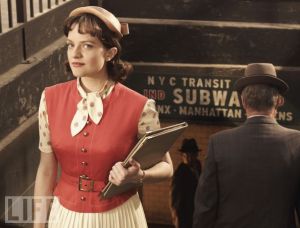 Forget about her divorce from SNL’s Fred Armisen, or her foray into Scientology and focus on the fact that she makes Peggy Olsen the awesome woman that she is, then you’ll see why I’ve chosen her as the number one. Peggy is probably the only character in Mad Men that continues to transform every season, and I think season 4 was truly her season. She’s no longer having weird and somewhat creep-tastic affairs with Duck Phillips, she and Pete Campbell seemed to have put the past behind them and even the news of Trudy’s pregnancy didn’t seem to shatter her, and the best part of it all is that she finally could stand up to Don, which made him respect her even more. Now that Anna Draper has passed away, Peggy is the only woman that he sees as his equal, and that’s saying something. So for portraying this fascinating character with such ease and grace, you get to be number one, Miss Moss. Take that, Fred Armisen! 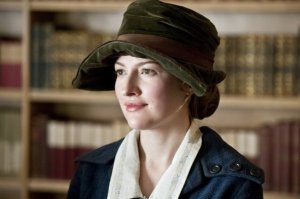 As much as I love Boardwalk Empire, I was often frustrated by the writers’ inability to write for the female characters in the show. But after a while I realized that it wasn’t because the writers didn’t know how to write for the female characters, it was more because they were all focused on developing MacDonald’s character Margaret Schroeder so much so that all other female characters (in the exception of Gretchen Mol’s Gillian) seemed like an afterthought. And somehow I think it’s MacDonald’s amazing presence and ability to fully inhabit the character is the cause. I wouldn’t be surprised if she won Best Actress at The Globes and SAG (was she nominated at SAG? I can’t remember), because she really was that fantastic in the show. And that’s also why she’s the runner up in this list. Can’t give top honors to half-baked actresses, can we? 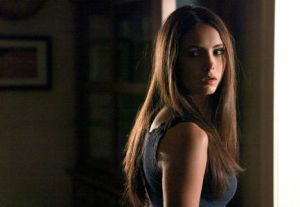 She’s never going to be nominated for an Emmy, Golden Globe or SAG for this awesome CW vampire show since let’s face it, award voters are snobs and they look down on the CW and teen vampire shows in general (regardless of how awesome it actually is if they ever bother to watch), and I think it’s such a shame. If you’ve been watching the second season like I have, you’ll know that Nina Dobrev truly deserves an award for her performance as both Elena Gilbert and her evil vampire doppelganger Katherine. She was so convincing as both characters that sometimes I thought another actress was playing the role of Katherine. And to think that before The Vampire Diaries, she was a virtual unknown. The award snobs may overlook you, Nina, but I sure won’t. You deserve to be on this list, and let’s hope one day you’ll really get noticed by the people who matter. 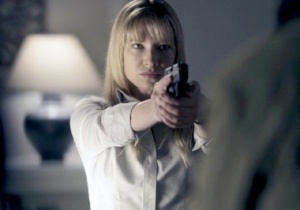 Speaking of actresses who have to portray two characters in one TV show, our number four fabulous lady has been nothing short than impressive in the third season of Fringe so far. People were skeptical of Torv when Fringe was in the first season, they thought she was wooden and she tried too hard with her American accent (she’s Australian) but she really stepped it up in the second season, before impressing us all with taking on the role of both universes’ Olivia Dunham. She was both vulnerable and determined, and the best part is that she could portray Faux-livia in such a way that we could really hate her guts for ruining everything for Olivia. Just like Dobrev and The Vampire Diaries, Torv and Fringe are often passed by awards snobs, so I hope this list isn’t the only one she lands in this year. 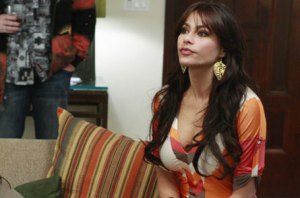 I can’t do a list of top 10 fabulous ladies of TV without including this “volumptuous” funny lady, can I? Sofia Vergara has been killing it on Modern Family lately, you can always count on her to make you laugh or at least chuckle every episode, even if it’s not a particularly funny episode. And I love her more because she truly shatters the idea that gorgeous, sexy women can’t be hilarious and smart. Actually, maybe I should hate her for that. LOL. 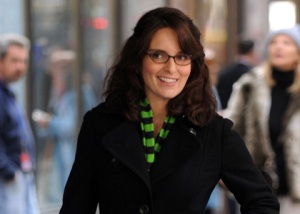 Just like Sofia Vergara, Tina Fey is awesome because she can make fun of herself on a weekly basis in her show 30 Rock. She may not have Vergara’s body or sex appeal but she’s got a butt double and Matt Damon on her arms, so really, who says being totally self-deprecating and dorky is a disadvantage? And of course Fey is in this list because 30 Rock is suddenly super awesome again in its fifth season, proving to the world that Liz Lemon is unstoppable. After all, she has DIHC! (If you’re not a 30 Rock fan, DIHC is Jack’s acronym for Determination, Intelligence, Humility and Chaos. Yes, he knows how it sounds and he doesn’t care.) 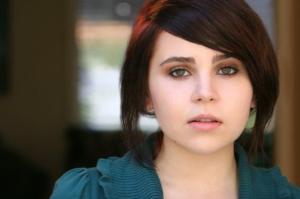 Lauren Graham aka The Actress Formerly Known As Lorelai Gilmore usually gets the most hype when it comes to this show, but I think her onscreen daughter is totally stealing her thunder. Unlike Alexis Bledel’s Rory in Gilmore Girls, Whitman’s Amber is the not-so-perfect daughter of Graham’s character, who in the first season rebelled by smoking, drinking and hooking up with her cousin’s boyfriend. But Amber changed her ways in season 2, opting to be a good student and focus on her SATs, and had the nerve to tell her mother how “disappointed she is in her” when she didn’t come home after hooking up with William Baldwin. And through all that, Whitman’s acting is award-worthy, and she does have the ability to cry so convincingly. So for being a different, altogether more awesome version of Rory Gilmore, welcome to this list, Mae Whitman. 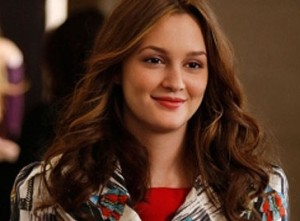 Gossip Girl may be going downhill with each passing season, but one thing that remains consistent about that show is the fabulousness of one Blair Waldorf, portrayed by the one and only Leighton Meester. She may not have Blake Lively’s cleavage, but that only makes her the better actress. She is funny, snarky, bitchy and crazy in every episode of Gossip Girl, and every now and then when the writers actually give her a decent material to work with, she shows us she can be vulnerable and heartbreaking as well. Even the foreshadowing of the wince-inducing Dair (Dan and Blair) cannot stop me from inducting this girl into this list. Although, Blair might have a problem with me putting her in number eight… 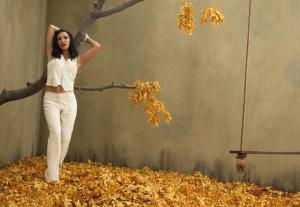 Lea Michele may be the girl who gets the most attention out of all the female Gleeks, but I think this season Naya Rivera’s Santana totally steals the show. Despite only being upgraded to main cast member in the latter half of the first season, Rivera successfully makes Santana the character I most love to watch every episode. She not only has the best bitch face, she also nails the snarkiness of the character every time. And her voice is amazing! Gleeks of the world may be staging a protest over the break up of Finchel, but I for one would love to see her hook up with Finn again, if only to see more of Naya. 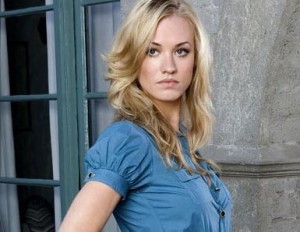 Do I really need to explain why this lady is fabulous? She’s a kick-ass spy who’s madly in love with the coolest geek on television. She’s the fantasy of every teenage dorks in the world, and she is both loved by male and female fans of the show, because despite of her fantastic spy alter-ego, she can show vulnerability on screen without being sappy. And hey, she totally holds her own opposite Linda Hamilton. Fabulous lady indeed.

I hope you’ve enjoyed the countdowns so far. Tune back in tomorrow, I’ll be counting down the last of the TV section: Top 10 TV Bromance of 2010. Because there’s no romance like a bromance, right?